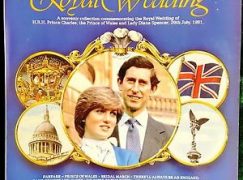 Label news: Royal Wedding to be streamed by Decca

When Prince Harry marries Ms. Meghan Markle next month, the Royal Wedding Ceremony will be recorded live and released on Decca Records within hours of the service ending. Decca, one of Britain’s most historic record labels, will have the privilege of capturing the entire service.

The official recording of the Wedding Service, to be held at St George’s Chapel, Windsor Castle on Saturday 19th May, will be available to listen to at home that same day, then released into retail stores around the world from 25th May.

Musicians confirmed to perform at the wedding ceremony include British cellist Sheku Kanneh Mason, Welsh soprano Elin Manahan Thomas, The Choir of St George’s Chapel and Christian gospel group The Kingdom Choir. The Orchestra, conducted by Christopher Warren-Green, will be made up of musicians from the BBC National Orchestra of Wales, the English Chamber Orchestra and the Philharmonia. State Trumpeters are drawn from all ranks of the Band of the Household Cavalry, and will provide ceremonial support during the Service at St George’s Chapel. The music will be under the direction of James Vivian, Director of Music, St George’s Chapel. The physical album will include a special collector’s booklet. The recording will also be made available on vinyl.

Decca Records is a part of Universal Music, the world’s leading music company, and has previously recorded and released the Wedding of The Duke and Duchess of Cambridge in 2011, as well as the Wedding of The Prince and Princess of Wales in 1981, and the Funeral of Diana, Princess of Wales in 1997. This uniquely original new recording will be the next in a historic line to mark major milestones for The Royal Family, and as such it will enter the homes of millions across the whole world.

The album will be produced by one of the world’s finest classical record producers, Anna Barry, who has produced over 500 recordings of distinction for over 25 years, ranging from works by Andrew Lloyd Webber to opera at the Mariinsky Theatre with Valery Gergiev, and many other legendary artists including José Carreras and Zubin Mehta.

The multi-Grammy-nominated producer said of the Royal Wedding recording: “Capturing the words and music of this Royal Wedding is a great responsibility, knowing how much a permanent record of the event will mean to so many people around the world. Our Decca team will deliver a state of the art recording which captures every nuance of this very happy day and it will be a joy to be a part of the celebrations.”

Rebecca Allen, President of Decca Records said: “Decca is hugely proud of its historical connections to The Royal Family and is very much looking forward to recording, and making available within hours, this truly special event. This unique and prestigious occasion will be available to stream across all music platforms globally – a first for a Royal Wedding.”

Dickon Stainer, President & CEO, Global Classics & Jazz said: “This will go down in history as the first time a Royal Wedding can be re-lived within hours through the world’s streaming platforms; every word and every note of music.”

The album will be produced by one of the world’s finest classical record producers, Anna Barry, who has produced over 500 recordings of distinction for over 25 years, ranging from works by Andrew Lloyd Webber to opera at the Mariinsky Theatre with Valery Gergiev, and many other legendary artists including José Carreras and Zubin Mehta. 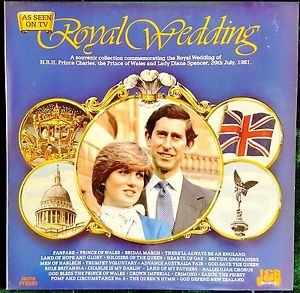 « Sicklist: Janine has not yet recovered