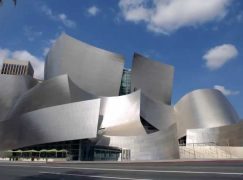 LA Phil vs NY Phil: which plays the bigger range of music?

Doug Schwalbe has prepared a rundown of works played by the two orchestras over four seasons. Here’s what they programmed:

Both orchestras played Mozart more than any other composer, with Beethoven in second place.

Mahler came sixth in LA and 10th in New York.

« A Pittsburgh violinist who played for Mussolini