The Italian violinist and director Fabio Biondi has resigned as joint music director at the Palau de les Arts in Valencia after musicians called a no-confidence vote in him, and in his co-director Roberto Abbado.

The maestros they would prefer to have are Gustavo Gimeno and Henrik Nánási, not that they are necessarily available.

Valencia is in trouble once again. 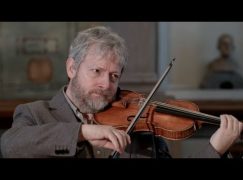