We hear that the next manager of the Teatro Regio in Turin will be Giancarlo del Monaco, a pal of the Beppo Grillo, head of the Five Star movement.

This would be a purely political appointment.

Del Monaco knows his way around an opera house but he’s 74 years old and he hasn’t worked for six years.

Other opera houses fear similar impositions by the next government. 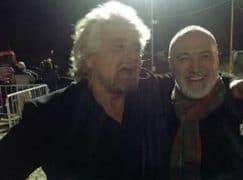