Here’s what popped up when Don Giovanni failed to show

Mariusz Kwiecień was supposed to sing the role at Dallas Opera.

When he failed to show on Friday, Craig Verm made the most of his chance. 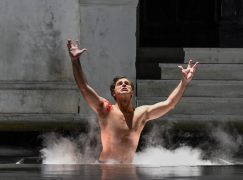 UPDATE: We hear that Mariusz has recovered extra fast and will resume the role tonight (Weds).