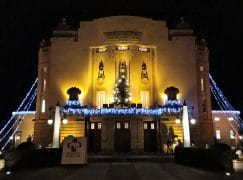 German musicians in uproar against US music director

Musicians at the Cottbus Staatstheater have written a letter attacking the conduct of their music director Evan Alexis Christ. He is accused of abusive outbursts, daily threats and insults. The musicians list a host of rehearsal incidents which they say will be corroborated by other staff at the theatre.

The Intendant, Martin Schüler, disputes the allegations and Christ has asked for the case to be deal with internally. A source close to Christ tells Slipped Disc: ‘The allegations in the letter have either been settled amicably in the past or their content is incorrect.’ But the state minister of culture has referred the matter to a superior board and there is no prospect of a swift resolution.

Evan Alexis Christ, originally from Los Angeles, was the youngest General Music Director in Germany when he was appointed by Cottbus in 2008.

More details of the uproar here and here.

« Smart moves: Lyon gets a Dutchman

Chopin president has died at 82 »