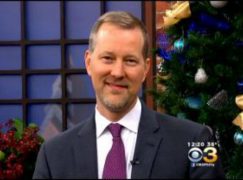 We hear Toronto is about to announce its next CEO.

It’s Matthew Loden, the man who has been interim chief of the Philadelphia Orchestra for the past four months.

Loden will start work in July.

The question that springs to mind is: was Loden put in the frame by Yannick Nézet-Séguin, his Philly Canadian ally?

Loden will succeed the retiring Gary Hanson, who took the job in September 2016 after the collapse of previous stout parties.

« An injured Don Giovanni is tortured by his colleagues

In Utah, accusations against a youth symphony chief »