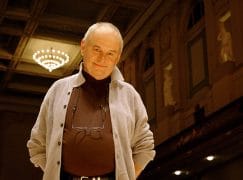 From the Boston Symphony Orchestra:

John Oliver, who founded the Boston Symphony Orchestra’s Tanglewood Festival Chorus in 1970, and remained its sole conductor until his retirement in August 2015, died late last night in Fairview Hospital in Great Barrington, Massachusetts, following a long illness, at age 78. 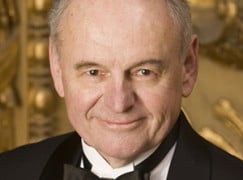 Music director Andris Nelsons said: ‘John Oliver’s dedication to forming and then leading the Tanglewood Festival Chorus for 45 years represents an extraordinary commitment to the Boston Symphony Orchestra and to the art of choral singing.  Our hearts go out to all who loved and respected John, including his many fans throughout the BSO family and beyond in the music world at large. John’s work with the TFC and the BSO over many decades will always be an important part of the orchestra’s great legacy and its mission to realize the very best in the classical music art form.’

A Catholic composer who was murdered at Auschwitz »