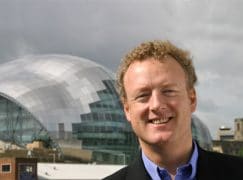 A composer’s view on Brexit: The lessons from history are not encouraging

The film, television and stage composer Howard Goodall has issued an extensive forensic examination of the economic prospects for British music and society after Brexit. It does not make comfortable reading.

Music is not a subsidiary, luxury, minor industry for the UK. We are the second biggest provider of music to the world after the USA. Music is of enormous benefit to us as a country. That is a fact, not an opinion. Nor is it special pleading. For a modern, developed country to deliberately, wilfully strangle one of its lead exporters is bordering on insane. Indeed, the Creative Industries as a whole are the fastest-growing sector in our economy, worth last year just under £100bn to our national coffers (to put that in context, in 2016 the NHS cost us £115bn). The Creative Industries Federation are deeply concerned about the knock-on effects of Brexit on this sector and have published their concerns …

Even if the economic arguments for this folly were sound, the depravity of the ‘hostile environment’ it has brought in its wake, the race-hate, the bullying, the targeted governmental callousness and breath-taking ministerial arrogance would be enough to render it an experiment bound to fail on a social level alone. A stench of recrimination and intimidation has begun to seep from the pronouncements of Brexit spokespeople in recent months, from John Redwood MP’s threat to ‘punish’ businesses for speaking out against the dangers of Brexit to James Cleverly MP’s tweeted comparison of (brilliant) satirical comedy writer David Schneider to his dog, for daring to question the economic case for Brexit. Elected politicians who stoop to threats and insults demean their office and public discourse in general. Is this the Britain we should expect after Brexit?

« Hamburg responds to world uproar over sacking of pregnant soprano