The Swedish arts world is in shock over the death of Benny Fredriksson, 58, former head of the Stockholm state theatre. The theatre, in a public statement, announced that he took his own life.

Fredriksson, who was married to the international mezzo-soprano Anne Sofie von Otter, resigned last December after 16 years, under pressure from ferocious media criticism of his leadership style based on varied complaints by 40 staff members.

The theatre, in its public statement, links his tragic death to the media campaign. 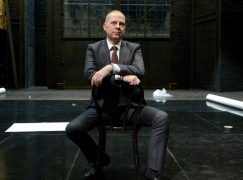