The Spanish soprano Maria Bayo has won her case against Bilbao Opera for being sacked as Donna Elvira from a production of Don Giovanni in February 2017.

According to El Pais, she was fired at the first rehearsal by conductor Keri-Lynn Wilson, who said she lacked volume.

Bilbao was ordered to replace her lost earnings.

Ms Wilson is married to the general manager of the Met. 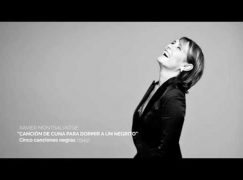