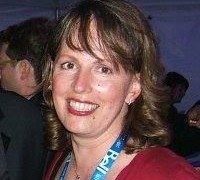 We have seen a staff email from managing director Sophie Galaise announcing the mid-season departure of Ronald Vermeulen, director of artistic planning, ‘to pursue other career opportunities’.

She adds: ‘Interim management arrangements will be announced shortly.’

Quite a lot of that going on in Melbourne which has lost, in quick succession, its marketing team, its librarian and now its de factor artistic director. The music director, Sir Andrew Davis, is expected to leave next year.

Ms Galaise, a Canadian was formerly in charge at Queensland and Quebec.