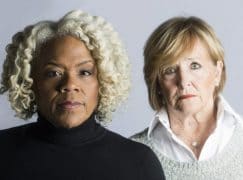 The inexhaustible mezzo, 73, says two of her aunts died of the disease.

She’s looking forward to play one of two dementia ladies in Lembit Beecher’s Sky on Swings, opening at Opera Philadelphia in September.