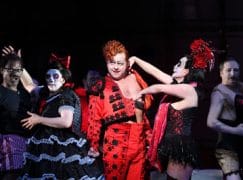 ENO’s new Traviata: It’s thumbs down all round

The staging is by the company’s artistic director, Daniel Kramer, and it’s a test of his fitness for purpose. 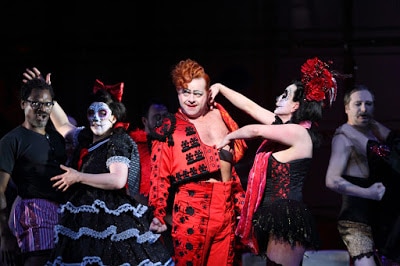 Rupert Christiansen in the Telegraph:  Kramer hasn’t fully engaged with Verdi’s emotional drama…. The central confrontation between Germont père and Violetta has no intensity or poignancy, and is stiffly acted. We never sense that Violetta is doomed from the start, or that Germont represents a repressive patriarchy, or that Alfredo is a nice innocent who has strayed over the tracks.

Neil Fisher in the Times: … a disappointing, neutered evening.

David Nice, theartsdesk: …This Traviata as travesty isn’t good enough and makes fools of its singers.

Nick Kimberley, ES: … it all feels contrived, every garish detail underlined. By contrast, the next act, where Violetta and Alfredo find refuge in a country idyll, is unfocused, the singers cast adrift.

Erica Jeal, the Guardian: …given that Kramer’s ideas include Alfredo doing a cringeworthy puppy impression every time he and Violetta get amorous, I doubt Olivier himself could have made this version of the character work.

« How many cops does it take to stop a piano?