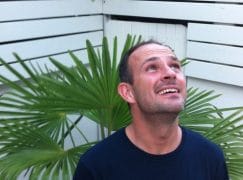 ENO appoints its next short-order chief

Stuart Murphy, former Director of Sky Entertainment Channels, has been appointed Chief Executive of English National Opera (ENO). He will take up the post on the 3 April, joining Daniel Kramer and Martyn Brabbins on ENO’s leadership team. He succeeds Cressida Pollock who announced in September last year that she would be stepping down from the role this summer.

In 2013 Stuart took charge of all Entertainment Channels at Sky, including Sky 1, Sky Living, Sky Arts and Sky Atlantic. Under his tenure Sky won its first Emmy Awards and Oscar nominations as well as multiple BAFTA’s, British Comedy Awards and Royal Television Society Awards. He oversaw the substantial expansion of Sky Arts, increasing the channel’s commissioning budget by more than 40% and turning it into the biggest on-demand library of arts and cultural content in Europe. Stuart spearheaded Sky’s huge increase in investment in original productions, the budget for which tripled during his tenure.

In senior management positions at both Sky and the BBC, Stuart has brought to the screen some of the UK’s best-loved titles, from Penny Dreadful, Sky Arts’ Portrait Artist of the Year Competition and Torchwood through to Little Britain and Game of Thrones.  He was on the board of BBC TV, the Executive of Sky and was made a Fellow of the Royal Television Society in 2016.

“I have been thrilled by the calibre of the candidates who applied for this position, and know that Stuart’s history of enabling great creativity alongside his commercial acumen will perfectly complement ENO’s artistic and musical excellence. We were impressed by the significant growth in both Sky’s audience and output under Stuart’s direction, and by his proven ability to unite and motivate his teams through a clear and inspiring vision. Under the leadership of Cressida Pollock, and through the hard work of every single member of the company, ENO has regained its financial stability and position in Arts Council England’s National Portfolio. I look forward to seeing the company continue to prosper and grow with Stuart at the helm.”

“I’m absolutely delighted to have been appointed Chief Executive of English National Opera. For a long time now I have wanted to pursue my passion for classical music and opera in a professional capacity, and so it is a privilege to lead an organisation that is so committed to world-class artistic, musical and technical excellence. I very much look forward to joining Daniel, Martyn and the whole ENO team. I am personally committed to ensuring that ENO continues to develop new audiences, new partnerships and on new platforms in order to ensure that the company remains as thrilling and vital now as it was when it was first founded.”

“I am very excited that Stuart will be joining ENO. His decades of experience working with award-winning creative teams and enabling world-class work against a background of challenging financial realities will be hugely valuable at ENO. I look forward to working with him from April.”

“Stuart Murphy impressed me as a man of great integrity. He has the confidence borne of being a highly successful leader, while at the same time he displays a refreshing humility in his willingness to listen and learn from all those around him. We are looking forward to the new dynamism he will bring to ENO at this time of renewed energy within the company.”

“Stuart will bring a wealth of experience and energy to the role, building on all the dedication and hard work of Cressida and the team which has enabled English National Opera to return to our National Portfolio.”

Stuart Murphy grew up in Leeds, where his passion for classical music was sparked by playing the clarinet in Leeds Youth Orchestra and Leeds Youth Opera. He began his career at BBC Manchester, worked in Africa on the BBC’s Great Railway Journeys with Professor Henry Louis Gates Junior, and became the country’s youngest TV Channel Controller at the age of 26, running comedy and music channel UK Play.

Stuart subsequently became Channel Controller of BBC Choice, then devised, launched and ran BBC Three in 2003. While at BBC Three he commissioned shows from Gavin and Staceyto Bodies and developed a reputation for developing new talent as well as for commissioning innovative, award-winning programming.  Particularly notable was Flashmob The Opera, a live opera from Paddington Station in October 2004, which brought together opera choruses from across the country with the BBC Concert Orchestra and was watched live by almost 100,000 viewers. This was followed, in April 2005, with Flashmob The Opera: Meadowhall , a specially adapted version of the Faust legend, again bringing opera to new audiences in an unexpected setting. BBC Three went on to win both Channel of the Year and Best Entertainment Channel.

Were you reading Slipped Disc yesterday? »