Mark recently guest conducted The Elora Singers to great acclaim for their February, 2018 Soup Concert. He is currently the Artistic Director of Kitchener-Waterloo’s Grand Philharmonic Choir and Assistant Professor of Music at Conrad Grebel University College….

The Elora Festival & Singers Conductor and Artistic Director Noel Edison is on a leave of absence while an independent third party investigation is conducted in response to allegations against Noel received by The Elora Singers. 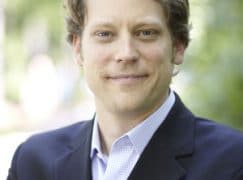