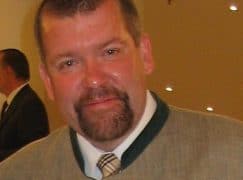 A Covent Garden regular has died, at 58

We have received sad news of the death, from a long illness, of David Ashman, a regular member of the chorus at the Royal Opera House and English National Opera.

His flatmate Christian Brideson sends this account of his life:

Baritone, David Ashman was born in Kent and, after gaining a BA Hons. in Music and German at Southampton University, studied as a member of the Advanced Opera Course at the Royal Academy of Music. He had in the past worked with English National Opera and
had been a regular performer with the Royal Opera House chorus.

His teachers included Ellis Keeler, IIse Wolf and Kenneth Bowen. At the RAM David won several prizes including the Andrew Sykes Award and the Katie Thomas Prize. He had a wide repertoire of opera, oratorio and song ranging from Monteverdi to Penderecki and had a busy singing career in England and in Europe.

A celebration of David’s life will take place on Friday 13 April 2018 – 2pm at St Mary’s Church, 61, St, James’s Street, BRIGHTON, BN2 1PR. Bright colours and no flowers. A memorial fund has been set up in David’s memory to set up a prize/bursary in his name at
the Royal Academy of Music.

You may donate here. 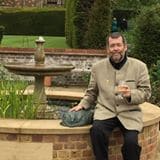