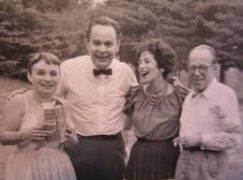 Renato Bonacini Ladetto founded the Bonacini Quartet in Genoa in 1945 before emigrating to the US in 1950.

He co-founded the New York String Sextet, was professor at Hartt School of Music for three decades and player in the New York Philharmonic and RCA Victor Symphony orchestras.

After playing as assistant concertmaster at the Casals Festival in Puerto Rico, Leopold Stokowski chose him as soloist and concertmaster for his Capital Records recordings.

Later, Renato was music director of the Connecticut String Orchestra.

He died in Connecticut on January 31.

« How not to lose your life at the Met

Yannick is the star of Met’s Parsifal of blood »