Someone must have shot the pianist

This is the cover of Kian Soltani’s debut disc on DG. 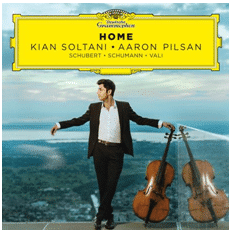 He is pictured with two cellos.

But where is his partner on the album, the pianist Aaron Pilsan?