The mayor of Montreal, Valérie Plante, has asked for the Order of Montreal to be removed from the conductor Charles Dutoit, following accusations of sexual misconduct.

‘I do not believe that a person with such a heavy baggage of allegations should hold this honour,’ she said.

The Order of Montreal was created in 2016 for the city’s 375th anniversary. Dutoit was among the first to be awarded it, alongside his fellow-conductor Yannick Nézet-Séguin. 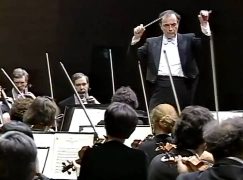