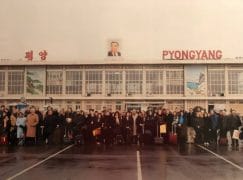 How we took the New York Philharmonic to North Korea

Ten years after what was supposed to be an icebreak mission in cultural diplomacy, the New York Phil’s press chief Eric Latzky looks back at the venture and finds a glimmer of hope.

I described the trip at the time as ‘somewhere along the scale of morally inappropriate an aesthetically offensive’.

Nothing that has happened since has persuaded me that such visits accomplish anything. Eric, however, thinks it may have established a possible template for future peace moves. Read his account below. 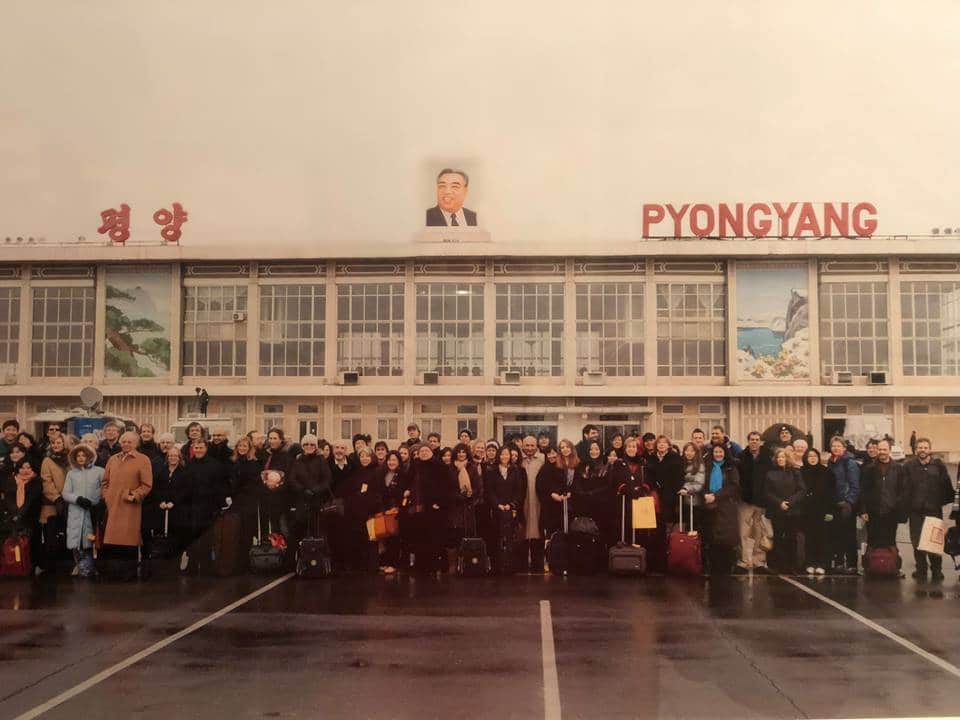 Ten years ago today, the New York Philharmonic flew to Pyongyang, North Korea, from Beijing, for what seemed then, and still seems to me today, a very unlikely event, centered around a concert by the Orchestra, conducted by the late Lorin Maazel, the Music Director at the time.

The tenth anniversary of the Philharmonic’s concert in North Korea happens to come at a moment when the two Koreas are again trying to acknowledge each other in some kind of constructive way. I can assume the anniversary is just coincidence, and at the same time can’t help thinking about the idea that perception and memory are sometimes informed by combinations of things that converge. About a year and a half ago, a young, Korean-born PhD candidate at a university in Northern England contacted me seeking guidance, and interviews, on the New York Philharmonic concert in Pyongyang for her dissertation on what she called Track II Diplomacy. She used the term as a proper title, which stuck in my mind. I spoke with her and helped her, as did Zarin Mehta, President of the New York Philharmonic at the time of the project, and then forgot about it. A couple of weeks ago, as I was watching the broadcast of the athletes of the two Koreas enter the Olympic stadium in Pyeongchang together, under a single, unified flag, an email arrived from the PhD candidate with her dissertation attached. The paper turned out to be a detailed and revealing account of the journey, with material clearly from many sources, including some things I’m not sure I knew previously, and an illuminating perspective on the idea of possibility.

To put it simply, the project, its administration, issues, and potential peril and good, was dramatic, and very difficult. I have always remembered, however, that at its heart was music, and at the heart of the music were the brave and generous musicians of the New York Philharmonic. About 20% of the Orchestra was Korean-born or Korean American, and many, of various backgrounds, voiced serious and legitimate concerns. A range of former diplomats, government officials, experts on the Koreas, and others, offered advice and counsel – the musicians listened, and talked, and we worked through their points. I have thought back to that process of dialogue in November and December, 2007, and have come to think of it as a metaphor for what the project was all about.

As we began to construct an agreement with the government of North Korea, there were just a few points that were non-negotiable: the choice of repertoire, live broadcast, and the ability to invite journalists of our choosing. We felt it was integral to the underlying reason for the project that the news and image of the concert be seen widely, both inside North Korea, and outside. The music that was eventually selected, including Gershwin’s jazzy An American in Paris and Dvořák’s ‘New World’ Symphony, each had a subtle message. In the end, the international press corps of more than 100 journalists that joined us was second in size and range only to US Secretary of State Madeleine Albright’s visit in 2000. The journalists, who traveled with the orchestra, covered the event as news with clarity and objectivity, and without pulling any punches in reporting on an obviously controversial project. On a personal note, there were two or three among them who did more than their jobs – they showed me how to help them do their jobs in one of the most difficult environments imaginable, including working with North Korean government officials to secure two live satellite feeds, without delay (uncensored), for the full 46 hours the Philharmonic was on the ground. I’m not sure if I have ever properly thanked those two or three journalists for the respect and assistance they gave me – here, they’ll remain anonymous, with my enduring gratitude and awe for what they did, and do.

The concert itself and the experiences of the musicians is highly documented. For me, I will just say that it was one of the most profound moments of my life. On a higher level, the question of what the New York Philharmonic achieved by its visit to Pyongyang has been raised perennially. I know unambiguously that we accomplished at least a few things: that we negotiated a multi-faceted agreement with the government of North Korea, with some unprecedented aspects like live broadcast and reporting from within the country, and that both sides essentially lived up to our commitments, and that the concert inspired two peoples, presumably sworn enemies, to sit in a concert hall, peacefully, for a couple of hours, and listen to music together, including each other’s national anthems, with the flags of both nations sharing the stage. On occasions since, when Zarin has been asked what it all meant, he has noted (with typically circumspect understatement) that Leonard Bernstein took the New York Philharmonic to the Soviet Union in 1959, the nascent days of diplomatic relations between the two nations. After skipping a beat, he adds that it would be another 30 years before the Wall came down. I’ve mused on that thought over the years, and then often think about Lenny performing Beethoven’s Ninth Symphony, in Berlin, at a site near the demolished Wall, on Christmas Day, 1989, with musicians from the East and the West and other countries.

I don’t know if discord, dissonance, conflict, will ever end on earth – and I don’t think simple acts of diplomacy in culture, sports, or other non-political areas, can stop wars or reconcile willful separation of peoples, or curtail the worst abuses of power. But I know, first-hand, that music, in the right circumstances, can contribute to dialogue, a sense of good will, and help create an atmosphere where people and countries in conflict might stop for a moment, take a breath, and find some common ground.

The active span of the project, as we understood the backstory then, was six months, from the time the invitation was faxed to the Philharmonic’s communications office by the North Korean government, in the late summer of 2007, until its ultimate fulfillment. As head of communications of the Philharmonic then, and as a key administrator of the project, I spent many late nights in that period in my office at Avery Fisher Hall, as it used to called, formulating complicated emails, considering eventualities, strategizing and worrying – there were a number of people who played equal roles in realizing the journey, including Zarin Mehta, who led the process with innate calmness and reason; Matias Tarnopolsky, Vice President of Artistic Planning, who oversaw multiple complex artistic aspects and issues; Barbara Haws, the Philharmonic’s Archivist / Historian, who kept her eye on the Orchestra’s heritage (including personally seeing to the dignity of our American flag on stage); Guido Frackers, the President of TravTours, who oversaw the safe passage of the entourage (the members of the orchestra, staff and crew, a group of dedicated supporters, and the press corps), instruments and equipment, as he has on countless international tours of the Orchestra; and others who are welcome to name themselves. The photo above, which hangs, framed, in my apartment, is by Chris Lee, who has photographed the New York Philharmonic in New York and around the world for more than two decades.

« Death of an American song composer, 87

Gary Graffman: I did not allow Lang Lang to enter competitions »