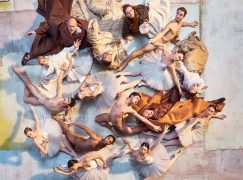 Holland shows the Met how to run an opera

Next season at the Met features just four new productions.

They can’t fit more, apparently, into a drary schedule.

Now that’s what we call an opera season.