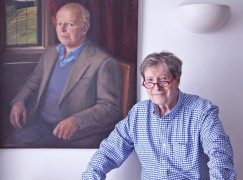 We hear that this afternoon, during the first Semiramide rehearsal on the main stage, the rehearsal was brought to a standstill  by a loud argument between several chorus men regarding the dismissal of director John Copley.

The argument was very loud and tense.  A large section of the chorus is still very upset that one of their members complained about John’s ‘inappropriate’ comments, resulting in John’s dismissal. This was the cause of the row.

Peter Gelb’s stonewalling has not calmed the situation and the production is suffering the consequences.

John Copley, who is 84 and known to singers as Uncle John, has never before been fired from a production in all his life.