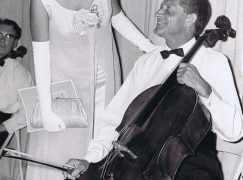 Death of a principal cellist, 98

Nelson Cooke, who has died at a great age, was Australia’s first cellist of international standing.

He played in various London orchestras in the 1950s before being named principal cellist of the LSO in 1963, a seat he held for just five years. Amid the London turbulence of the time, he moved on to the Royal Philharmonic Orchestra, then returned home to Australia, where he became the country’s foremost cello teacher.

Working far into his 90s, Nelson was decorated with The Order of Australia AM in 2011 and published a memoir,  Beyond the Bow. 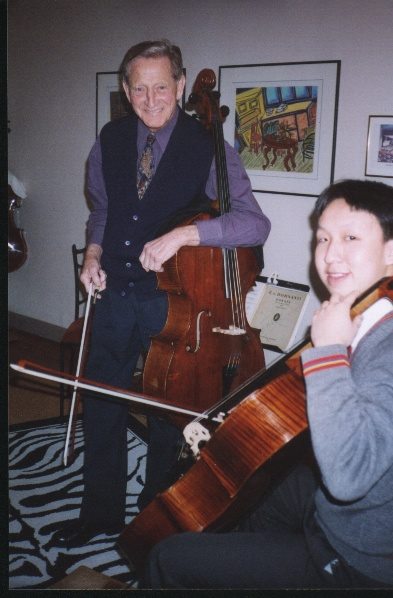 The following tribute is by his wife, Anna Cooke:

Nelson Cooke was an Australian National Treasure and one of the world’s finest cellists and mentors to hundreds of dedicated students. He grew up in the coal mining district of NSW but went to study cello in Europe, ultimately with Pablo Casals. Following his debut at Wigmore Hall, he was appointed to the Philharmonia Orchestra under Herbert von Karajan. In 1959, Cooke joined the London Symphony Orchestra as Principal Cellist, and subsequently, the London Philharmonic.

ourne. He founded the Riverina Summer School for Strings in 1988. At ninety years of age he decided it was time to retire, and a year later received the high honour of becoming a Member of the Order of Australia. He will be deeply missed by his family, students, colleagues, and many friends.
He is survived by his wife, Anna, his two sons, Peter and Tony, three grandchildren and four great grandchildren. A book about his musical life, “Beyond the Bow” by Song Mei Lee-Wong, is available through Amazon.
The back stage opening night photo below was taken at the Florida International Music Festival in Peabody Auditorium in July 1968 with LSO Principal Cellist Nelson Cooke and student orchestra Principal Cellist Barbara Hedlund (nee Smith). In memory of Nelson Cooke and deep appreciation for his teaching and example which helped inspire me to become a professional cellist. Sending condolences to his family. 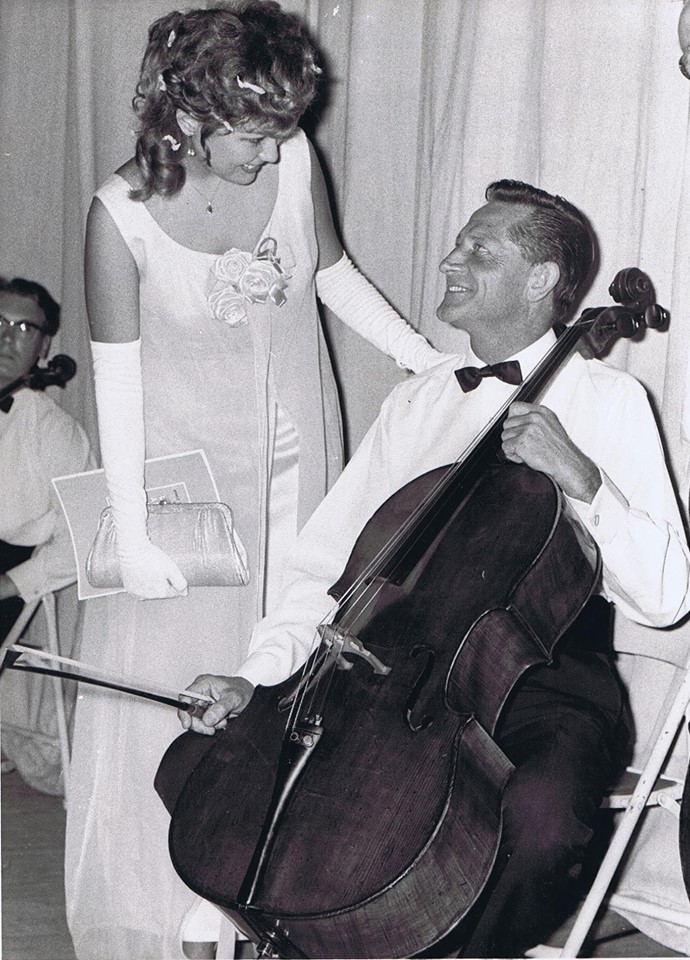 « The most challenging orchestral concert of the century