Breakthrough: First US opera role for a trans woman

Tulsa Opera are claiming this is the first time a trans woman has taken to the US opera stage.

Announcing its new season, Artistic Director Tobias Picker says: ‘Making history, Tulsa Opera presents baritone, Lucia Lucas in her American operatic debut as a transgender woman. Lucia Lucas’ appearance here will mark the
first time a trans woman has performed a principal role on the operatic stage in the United States. In the coming season we will also bring home artists whose stars rose in Tulsa and now shine throughout the world.’

Lucia Lucas will sing Don Giovanni in May 2019. 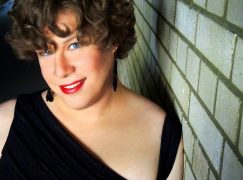