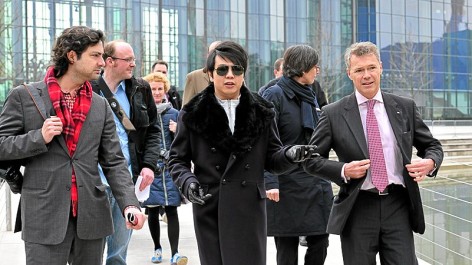 We hear that Jean-Jacques Cesbron at CAMI Music has retained the services of Andrew S. Grossman as an independent contractor.

The move was prompted by a drastic drop in revenue resulting from Lang Lang’s year-long absence.

Grossman, a hard-nosed entertainment agent, was fired as a director Cami after Ronald Wilford’s death in lurid circumstances reported in Slipped Disc.

All employees of Cami were legally prohibited from having any contact – written or otherwise – with Andrew S. Grossman following his dismissal. Seton Ijams was terminated on suspicion that he communicated with Grossman during office hours using Company property.

These strictures, however, do not apparently apply to Cami’s spin-off, Cami Music. Its boss, Cesbron (pictured right), needs cash flow. That brings Grossman back into play.

Like a bad fish soup, you just can’t keep some guys down.