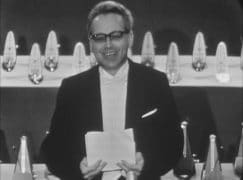 Banned Ligeti film to be shown after 55 years

Message received:
At the time it was scandalous: the 1963 world premiere of György Ligeti’s Poème symphonique (for 100 metronomes) in Hilversum Town Hall. The audience – which included the Mayor and the Aldermen, the Spanish ambassador and Willem Marinus Dudok, the architect who designed the Town Hall– had little liking for this work. They found it far too conceptual. The NOS therefore decided not to broadcast the recorded footage. During the Ligeti Festival – in Muziekgebouw aan ‘t IJ, from 5 to 8 April – that footage can now be seen for the first time in more than fifty years. Also on the programme is the screening of a unique music lecture Ligeti gave for German television in Berlin in 1963. 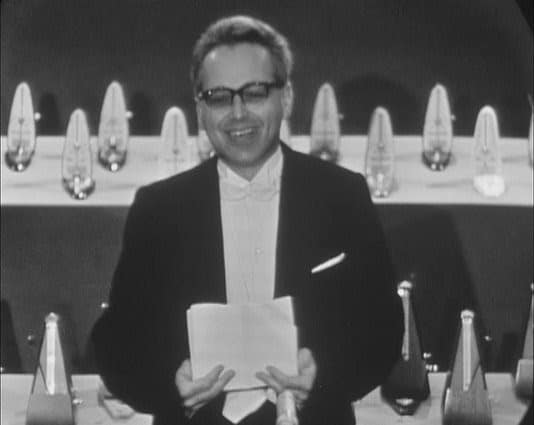 The composer at the premiere

Until recently the footage of the world première of Poème symphonique was believed to have been lost forever. With the aid of the Netherlands Institute for Sound and Vision, the Muziekgebouw managed to find that missing footage and is now able to screen it in a more modern context. The other film on the programme is a unique music lecture Ligeti gave for German television in Berlin in 1963, as part of a series of live lectures by major composers such as John Cage and Luigi Nono. In this lecture Ligeti talks in detail for more than an hour about his vision of composing and his way of working, something he seldom did, as evidenced by his statement: ‘I think music is a bit like love. You do it, but you don’t talk about it.’

A marketing masterclass in the Middle East »