A lost song by Alma Mahler?

In addition to the fourteen songs by Alma Mahler published in her lifetime, several dozen more – perhaps as many as one hundred – were written and have been lost or destroyed. One of those ‘lost’ songs, Einsamer Gang (Lonely Walk), has recently been discovered and will be given its UK premiere performances by Rozanna Madylus and Counterpoise at the Wagner 1900 conference in Oxford (April) and at the Newbury Spring Festival (May).

Einsamer Gang is one of three songs composed by Alma Mahler in 1899–1900, before her lessons with Alexander Zemlinsky and before her introduction to Gustav Mahler. 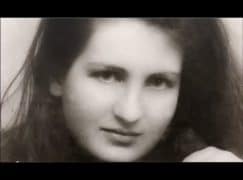