A lost composer of the Soviet Union

Some 15 years ago I was asked by one of the London orchestras to curate a series titled Other Russia, looking at the composers who fell or were pushed off the wayside under the Soviet Union. We were going to focus on the likes of Karamanov, Kancheli, Knaifel, Roslavets, Tishchenko, Ustvolskaya, Firsova and more. The scheme hit a brick wall when prominent conductors balked at unfamiliar repertoire and the orchestra feared a box-office frost, but it was a worthwhile exercise and one that some braver spirits should still take up. 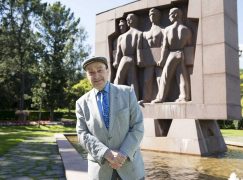