Message from the City of Birmingham Symphony Orchestra:

City of Birmingham Symphony Orchestra Music Director Mirga Gražinytė-Tyla and her partner are pleased to announce they are expecting a baby at the end of August. Mirga will take a short maternity leave from July until mid-November 2018 when she will resume conducting the CBSO in the orchestra’s 2018-19 concert season at Symphony Hall and around the world. She remains fully committed to her role as Music Director and is currently working on artistic plans for the new season, to be announced in the coming months. Stephen Maddock OBE, Chief Executive of the CBSO, commented that “the whole CBSO family is delighted about Mirga’s wonderful news”. 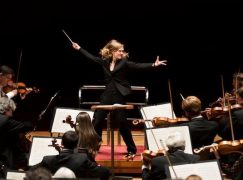 Tully Potter has written a nice piece about Henryk Szeryng’s appetite for owning some of the most cherished violins, and his habit of just giving them away.

Szeryng’s Stradivari was the 1734 ‘Hercules’, once owned by Eugène Ysaÿe but stolen from the Green Room at the Imperial Theatre in St Petersburg in 1908, while Ysaÿe was on stage playing his Guarneri. In 1925, having surfaced in a Parisian dealer’s shop, the Strad was acquired for the Alsatian violinist Carl Münch, then concertmaster at the Leipzig Gewandhaus and later famous as the conductor Charles Munch, by his wife. Szeryng originally borrowed the ‘Hercules’ from Munch for some performances of the Schumann Concerto and bought it from him in January 1962 for $40,000.

Gary Graffman, who appeared several times with Szeryng at the Library of Congress in Washington, recalled: ‘He travelled with two violins, a Strad and a del Gesù, and my wife had to sit backstage cradling whichever one he wasn’t using.’ …

To his pupil and protégé Shlomo Mintz, Szeryng gave a fine old French fiddle by Jean-François Aldric, of which he said that it was ‘quite extraordinary’ and Mintz had often been asked if it was a Strad. To his student and teaching assistant in Mexico, Ecuadorean-born Enrique Espín Yepez, a professor at the National Conservatory, he gave his 1801 violin by the Cremona maker Giovanni Battista Ceruti. … 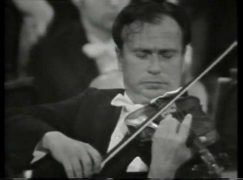 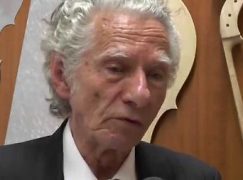 Opera North has announced its season.

The only surprise is the UK premiere of Kevin Puts’ Pulitzer Prize-winning opera Silent Night, based on the story of the 1914 Christmas truce. 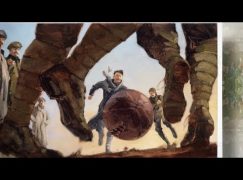 Full season:
A new production of Tosca, directed by Edward Dick, touring alongside a revival of The Merry Widow

Three works composed in the years around the First World War: a revival of Katya Kabanova, and a double-bill of Puccini’s short comic opera Gianni Schicchi paired with Stravinsky’s iconic ballet, The Rite of Spring, in partnership with Phoenix Dance Theatre

Concert staging of Aida at Leeds Town Hall, touring to major concert venues throughout the country

UK premiere of Kevin Puts’ Pulitzer Prize-winning opera Silent Night, based on the true story of the 1914 Christmas truce, at Leeds Town Hall

Not Such Quiet Girls, a new commission focusing on the experiences of women during WWI, written by Jessica Walker with musical arrangement by Joseph Atkins and co-produced with West Yorkshire Playhouse.

After laying more than 1,200 people to rest, Margalit Fox, 56, is leaving the paper, colleagues have reported. 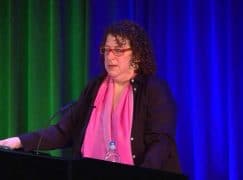 Shocking revelations from the Ural Mussorgsky State Conservatoire in Yekaterinburg.

Teachers are complaining they are so impoverished that one assistant professor can be found scrubbing floors at the city railway station. 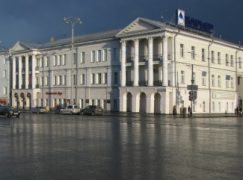 The Birmingham Contemporary Music Group has put out an international call for new compositions to mark the 2018 bicentenary of the birth of Karl Marx.

Would that be the same Karl Marx whose ideology enslaved half the world, causing hundreds of millions of deaths? 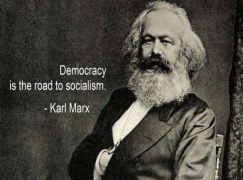 To celebrate the 200th anniversary of Karl Marx’s birth, Birmingham Contemporary Music Group has joined forces with the Karl Marx Ausstellungsgesellschaft Trier, Kammermusikalische Vereinigung Trier and Hessicher Rundfunk to launch an international call for scores. Composers are invited to submit scores that reflect on Marx’s findings, and overriding concerns for the advancement of society that continue to influence social, political and artistic thought today. Prizes total over €18,000, with the winning works in three categories – ensemble, duo, and sound art/radiophonic – performed by Birmingham Contemporary Music Group in Marx’s birthplace, Trier, and in Birmingham in September 2018. The competition is being organised by Verein zur Förderung des Jubiläumsprogrammes des Karl Marx Jahres in Trier.

The closing date for score submissions is 9am on 29 June 2018. Full details at www.bcmg.org.uk/wilde-lieder

The Sudbury Symphony is calling for emergency gifts to get it through to the end of the season.

It has abolished the chief executive position and faces an uncertain future.

The principal conductor is Mélanie Léonard. 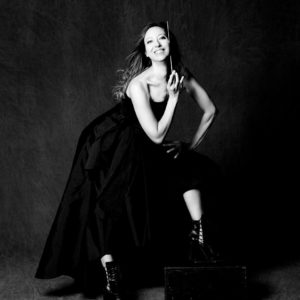 Friends are sharing news of the death of Rami Solomonow, former principal viola of the Lyric Opera and a founder of the Chicago String Quartet.

A graduate of the Rubin Academy in Tel-Aviv, Israel where his teacher was Oedoen Partos, he played in the Israel Chamber Orchestra until leaving for the US in 1973.

He taught at at DePaul University and played chamber music with practically all the big names who passed throught Chicago.

Olga Kaler writes: ‘An amazing musician, great teacher, an inspiration in all things, and one of the finest human beings one could ever dream to encounter.’ 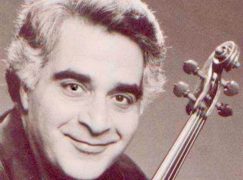 A statement from the airline about the incident that prompted Kronos to call a boycott:

We understand how precious musical instruments are to musicians, and that’s why we allow ​customers travelling with violins or violas to take their instruments on board with them.

We’ve apologised to our customers for the initial misunderstanding and are glad that they were able to travel as planned with their instruments in the cabin. 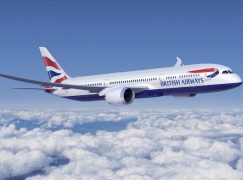 The harpist Danielle Perrett, found guilty of six counts of indecent assault against a schoolboy, was sentenced today to four years and nine months in prison.

The judge called Perrett, 59, ‘a world-famous harpist with a reputation for kindness and integrity’, but said that she, and her former partner who was also jailed, had ‘a darker side’.

Both had claimed that the victim had sought to blackmail them. 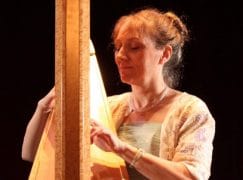 ER doctors at Malaga hospital were disconcerted by the sight of a young man walking very awkwardly into the department.

A prompt diagnosis revealed that the patient had a flute stuck up his rectum.

Apparently he had been trying to impress his girlfriend by playing a tune with wind from his rear.

Do not try this at audition. 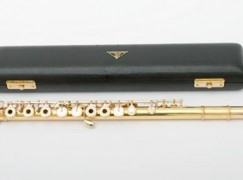