Alitalia has responded predictably to the destruction of a 17th century viola da gamba by trashing the passenger in the country’s most influential newspaper. No explanation has been given to the distressed passenger herself. That’s about all we need to know about the airline’s policy of customer care.

One of our readers has pointed out that people who board aircraft with babies and small children hand over their trolleys and strollers at the door of the plane, safe in the knowledge that these will be returned to them at the door when they disembark.

Why can’t the same concession be extended to men and women who travel with a precious musical instrument?

Which airline will be the first to do so? 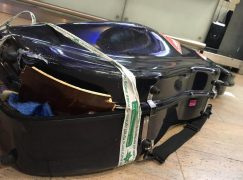