A violin and a viola were stolen last week from the Royal Scottish National Orchestra’s HQ in Glasgow last week.

The good news is that both have been recovered.

The viola is a Fernando Solar belonging to Fiona West, who has played it in the RSNO for 47 years. Fiona has got it back just in time for her 70th birthday on Tuesday.

It’s the second time she has lost in in a matter of weeks. In November, she left the viola on a train. An honest person turned it in 12 hours later at Glasgow Central Station. 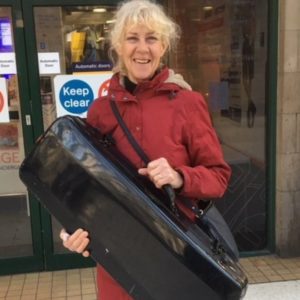