The Leipzig String Quartet made it into the tabloids a couple of years back when its first violin, Stefan Arzberger, was charged with attempted murder after an incident with a fellow-guest in a New York hotel.

The case was never brought to trial and Stefan, who quit the quartet, is now living happily as a US citizen.

His successor, Conrad Muck, today sent us his notice to quit.

Conrad Muck, first violin of the Leipzig String Quartet since 2015, is leaving the ensemble in January 2018 at his own request to pursue new artistic projects. He plans to retain musical ties with the string quartet in the future. 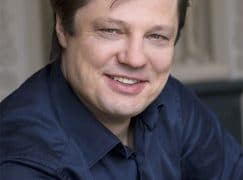