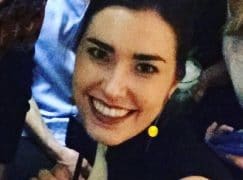 We’ve had issues with LATAM Airlines before, but this appears to be a case of staff callousness elevated to a business model.

From Annie McGee of the Sydney Conservatorium:

I am so enraged by my experience travelling LATAM Airlines that I thought I should share.

My flights have been delayed, staff have refused to make themselves available to speak with, I’ve missed connecting flights, I’ve queued in line for four hours to arrange new flights, I’ve been given measly food vouchers as compensation that aren’t accepted by the airport, I’ve had to stay at the airport gates overnight rather than in a hotel. The list goes on.

I would have put up with all of that, no complaint, had they not lost my luggage – my suitcase and my cello. Only with the help of my gorgeous Brazilian friend on the phone could I communicate with airport staff in São Paulo to complete a lost baggage form.

After they informed me my luggage had been located in Santiago and would be on the next flight to São Paulo and delivered to my accommodation, I calmed down a little. Alas, after 30 hours here in São Paulo my luggage status is now ‘missing’. After initially saying they would get in touch with me, customer service says I should call back after 36 hours as there’s nothing they can do for me before then. Otherwise I should just keep checking online using my luggage reference number. No apology for the inconvenience has yet been given.

I’ve come to Brazil to play in a music festival with fabulous musicians, teachers and conductors. I arrived a week early to adjust to the time zone and continue preparing some very difficult repertoire. Now I’m in doubt whether I will receive my cello before the festival and even get a chance to play.

Death of a classical guitar star, 85 »