Minnesota boldly goes where no US orchestra as gone before

The midwest orchestra was the first to visit Cuba.

This summer, it will be the US pathbreaker in South Africa, playing in ive cities in honour of Nelson Mandela’s birth centenary.

Minnesota will also put on a ten-concert ‘Music for Mandela’ project at home. 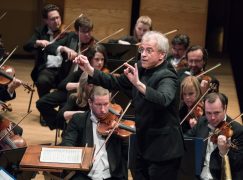 The impetus for a Minnesota Orchestra tour to South Africa grew out of Music Director Osmo Vänskä’s experience conducting the young musicians of the South African National Youth Orchestra (SANYO) in 2014 to celebrate SANYO’s 50th anniversary. The following year, Mr. Vänskä and the Minnesota Orchestra toured Cuba, which proved to be a profound experience for the organization, as conductor and musicians participated in musical exchanges with Cuban musicians. When the Orchestra adopted a new strategic plan in 2016, it identified musical diplomacy through touring and residencies as a defining part of the Orchestra’s character and an important means of fulfilling its mission of “enriching, inspiring and serving” its community.

“Conducting the students of SANYO was an unforgettable experience, and I knew then that I wanted to return to South Africa with the Minnesota Orchestra,” said Music Director Osmo Vänskä. “Music has important roots in Africa and plays a central role in South African culture today, both choral music and a growing orchestral tradition, and we are excited to experience and be part of this movement.”