La Jolla loses both artistic directors at once

But no sooner was word out of her departure than it became known that Cho-Liang Lin had also decided some months back to quit as music director of the Society’s SummerFest.

So there are now two holes to fill in La Jolla. 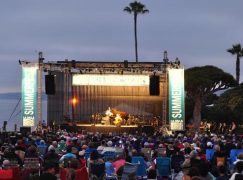