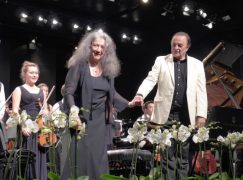 Just in: Charles Dutoit resigns from the Royal Philharmonic Orchestra

The Swiss conductor, accused of sexual molestation, has relinquished the last of his positions.

Dutoit, 81, continues to maintain his innocence.

Press release:
Following an emergency Board meeting and further dialogue with Charles Dutoit, the RPO and Charles Dutoit have together decided to bring forward his resignation from his role as Artistic Director and Principal Conductor. Charles Dutoit had already announced in June 2017 that he would stand down in October 2019; this will now take place with immediate effect.

This decision has been made following allegations of inappropriate conduct by Mr Dutoit, which were first reported on 21 December 2017. Whilst Mr Dutoit continues to seek legal counsel to defend himself, the protracted uncertainty and media reporting makes Mr Dutoit’s position with the Orchestra untenable.

The RPO is committed to the highest standards of ethical behaviour and takes very seriously its responsibility to maintain a safe working environment for all its artists, musicians and staff.

The RPO enjoys relationships with a roster of distinguished guest conductors who will undertake Charles Dutoit’s future projects with the Orchestra in London, the UK and internationally. Further details will be announced at www.rpo.co.uk in due course.</em

« Golda gets her Carmen

End of the road for Simon Bolivar Orchestra? »