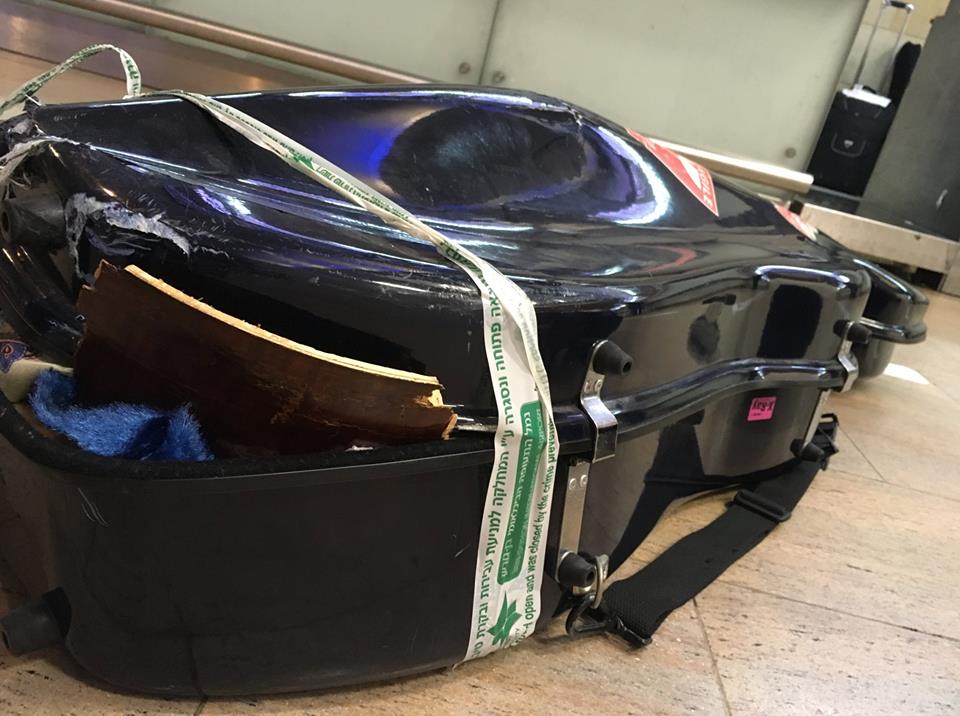 This is how Alitalia delivered to me my original 17th century Lewis viola da gamba, after ensuring to me that it would be TAKEN BY HAND into the plane and out of it! It was savagely vandalized, it and it seems that a car ran over it. So, far no luck in contacting any human being at Alitalia, and the only answer got so far is that the company takes no responsibility! 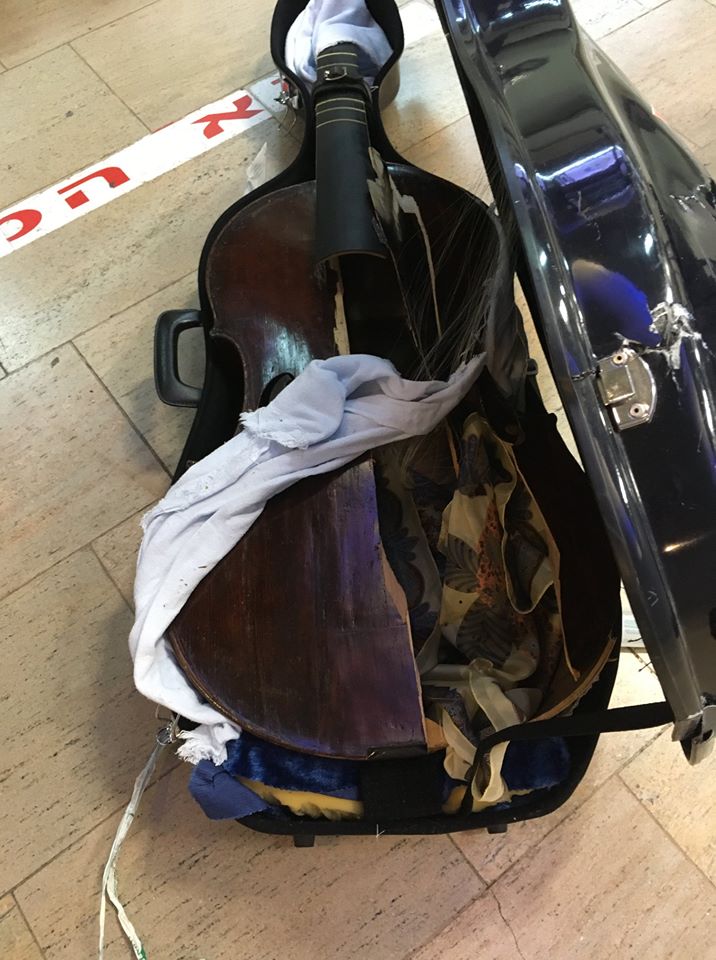 The airport seems to be Ben Gurion, Israel. No response yet from Alitalia.