The number of salaried positions in German orchestras fell last years from 9,816 to 9,746, the German Orchestra Association has announced.

Four orchestras were merged into two – SWR Baden-Baden / Freiburg with Stuttgart and the Thuringia Philharmonic Gotha with Landeskapelle Eisenach. That leaves 129 orchestras altogether. 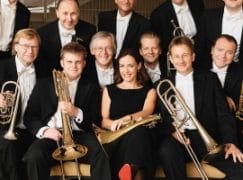