A short work for bassoon and piano by French composer Jacques Ibert has been published for the first time after laying nearly silent for ninety-seven years. Written in 1921, likely as the preliminary sight-reading portion of the Paris Conservatoire’s annual solo competition for high-achieving young bassoonists, the sixty-bar Morceau (French for “piece”) appears to have been almost completely ignored after it served its initial purpose, the only publicly available reminder of its existence being a terse listing on Oxford Music (formerly New Grove) Online: “Morceau de lecture, bn, pf, 1921”. To any casual reader, this listing could very easily have been confused with Ibert’s one other work for bassoon, the 1953 Carignane (sometimes titled Arabesque) for bassoon and piano. But the two works are indeed different, as Shenandoah Conservatory Professor of Bassoon, Ryan Romine, found out this past May.

“It was wild,” says Romine, who had secured an invitation to visit an immense private music collection while on a two-week vacation in the UK and Ireland. “I had arrived in the afternoon, but I didn’t have a chance to really go through the collection until late at night. So, as I was going through piece after piece, seeing all of these things I had never knew existed, I was the regular kind of tired but also completely jetlagged. I found this piece, thought ‘Well, that’s interesting. It must be some sort of arrangement,’ and then just took a few scans with my phone. It wasn’t until a few days later, when I was going back through the scans, that I realized what I was looking at!”

Even before returning to the UA, Romine emailed the scans to his good friend, Trevor Cramer of TrevCo Music Publishing. “Trevor has a great eye and immediately saw the value—both musical and historical—of getting this piece in front of the public,” said Romine. “He very quickly began working on preparing a modern engraving and securing copyright permissions from Ibert’s family. “Ibert’s grandchildren were fantastic and I feel beyond lucky and honored that they have trusted us to share this work with bassoonists everywhere.”

With a typical performance of just under one-and- a-half minutes, the piece is indeed tiny, but it is all Ibert—a clockwork accompaniment at the beginning, graceful melodies in the bassoon, and a melancholy yet detached air throughout. At times, one can see the composer trying to trip up the bassoonist. For example, the third line of the melody demands that the bassoonist make some awkward fingering combinations (in four sharps) sound effortless. A few lines later, the piano begins a new musical idea, playing in what is really 3/4 time while the bassoon must stay in 2/4. “The piece really is a joy to play—though a touch trickier than you think it’s going to be at first,” says Romine. “I am really looking forward to hearing players put their own spin on it in years to come.”

Ibert’s Morceau for bassoon and piano is now published under agreement by TrevCo Music Publishing. 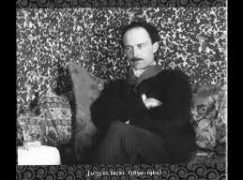