Death of a French composer, 70

The death is reported of Renaud Gagneux, a student of Dutilleux and Stockhausen who found his way to the centre ground of French music with works of great expressive character.

His conversion in 1974 to the Lutheran church made him something of an outsider.

Rostropovich commissioned a concerto from him and recorded it. 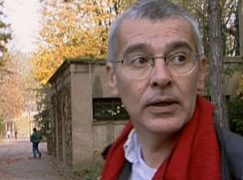