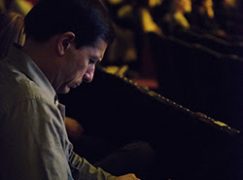 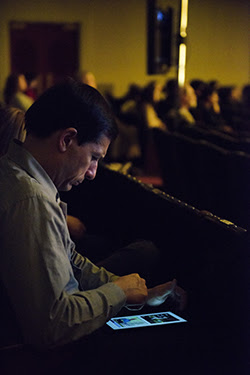 The Boston Symphony Orchestra, in collaboration with the Massachusetts Institute of Technology, will offer ConcertCue, an innovative real-time program note app during the orchestra’s “Casual Fridays” program on Friday, February 9.

ConcertCue presents contextual program notes and images on concert-goers’ mobile devices in real-time during the musical performance. ConcertCue will run during the second half of the BSO concert, when the orchestra performs the world premiere of American composer Sean Shepherd’s Express Abstractionism, a co-commission of the Boston Symphony Orchestra and the Gewandhaus Orchestra.

In addition to insightful program notes, the app will include work by such abstract artists as Alexander Calder, Gerhard Richter, Wassily Kandinsky, and Piet Modrian whose work inspired Shepherd’s new piece of music. The ConcertCue app was developed by Eran Egozy, the founder of Harmonix Music Systems, which is best-known for the wildly popular video games “Guitar Hero” and “Rock Band.” Eran is a member of the Boston Symphony Orchestra’s Media and Technology Committee, which is headed by former MIT president Susan Hockfield.