The airline’s lack of care for musicians has caught up with Dave Davies of the Kinks.

Read them all here and add one of your own. 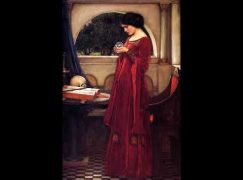 Lucy Crowe has fallen sick in the ill-starred ROH Rigoletto.

The Spanish soprano Sabina Puértolas will step in. 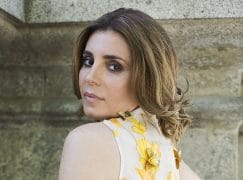 Will this still be possible after Brexit?

The San Antonio Symphony, facing insolvency, has called off the rest of its season after wage talks broke down last night with its musicians.

The orchestra was to have been bought out by a new consortium but the purchasers backed off after finding an $8.9 million hole in the pension fund.

Prospects of survival look bleak. San Antonio has maintained a symphony since 1939.

The conductor Christoph von Dohnanyi, who has been out of action in poor health all last year, will conduct two concerts at the Berlin Staatsoper at the end of January before taking charge of a new production of Salome, which premieres in March.

He replaces Zubin Mehta, 81, who is undergoing shoulder surgery.

Message from the BSO:

Due to the severe weather conditions forecasted for the greater Boston area tomorrow, the Thursday, January 4 Boston Symphony Orchestra concert, featuring conductor François-Xavier Roth and pianist Benjamin Grosvenor, has been rescheduled to this Sunday, January 7, at 5 p.m.

The Vatican has bought a digital organ from a Pennsylvania company and will use it on all Papal celebrations in St Peter’s Square, replacing the traditional pipe organ.

The Allen Organ Company announces: ‘The Vatican’s new three-manual Allen GeniSys organ and its audio system include special adaptations to enable the instrument to be moved throughout the Vatican and other locations. While in St. Peter’s Basilica, the organ’s speaker cabinets are located behind the Choir with its sound also being amplified through the Basilica’s PA system to allow the organ to be heard by as many of 12,000 attending Mass.

‘During the first week of December, Allen President Steven Markowitz and Vice President Barry Holben traveled to the Vatican to install the organ and introduce it to Juan ParadellSolé, organist of the Pope, and Monsignor Massimo Palombella, Maestro of the Sistine Chapel Choir. In addition, the Allen organ was tested and approved for use in St. Peter’s Basilica.’

The digital organ was first heard in the Vatican on December 31.

No-one has yet noticed the difference. 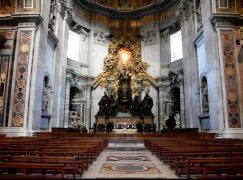 The French soprano Anne-Sophie Schmidt and the British theatre administrator Fiona Allan have spoken out, alleging that they were sexually molested by the conductor Charles Dutoit.

Schmidt, who published an account on her Facebook page just before Christmas, has given an extended interview to a newspaper in her native Alsace.

She relates that Dutoit pestered her for sex after casting her as Mélisande in Paris in March 1995. He pushed her up against a wall, forcibly kissed her and groped her breasts. After she summoned her husband to be constantly on the scene, Dutoit cancelled all further engagements with her. She did not go to the police at the time, fearing a negative impact on her career.

Fiona Allan, who previously wrote to Slipped Disc about an experience at Tanglewood, has now given an interview to the Boston Globe. She said: ‘I’m 6 foot tall, I’m not small, I’m not easily maneuverable. But he had somehow maneuvered me up against a wall and had put his hand on my breast. That in itself was shocking and surprising. But I think what shocked and surprised me equally to this was the sense of . . . entitlement. It was like I was this decorative thing that had come to his dressing room that he somehow felt entitled to touch.’

Dutoit has denied accusations of forced physical contact and is consulting his lawyers.

A student of Jorma Panula and Colin Metters in Helsinki and London, Gaspar funded Ensemble 2000 for contemporary music and Ensemble Musicae for classical works. He was professor of conducting at the Castellon Conservatoire.

Abroad, he conducted orchestras in Berlin, Baden, Vilna and Marseille. 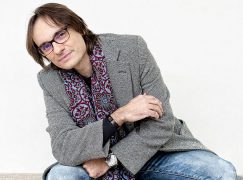