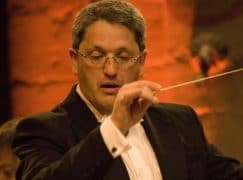 Verdict: French conductor is convicted of ‘abusing weakness’ of an elderly singer

The conductor and musicologist Jean-Christophe Keck has been given a nine-month suspended sentence and a 10,000 Euros fine for ‘abusing the weakness’ of a Swiss opera singer who left him part of her Euro 5m estate.

A lawyer who looked after the old lady’s affairs was also convicted. Keck has given notice of appeal.

Keck, a producer and presenter for France Musique, is director of the complete edition of the works of Jacques Offenbach.

New York City Ballet chief is called out by the Times »