There was a time when the music business surged to Fort Worth to sign up the Cliburn finalists.

No longer. The competition has yielded dull results and the business has turned its sights elsewhere.

So it’s a relief to report that this year’s Korean winner Yekwon Sunwoo, 28, has signed with the London boutique management Keynote, whose artists include Helene Grimaud and Teodor Curentzis. 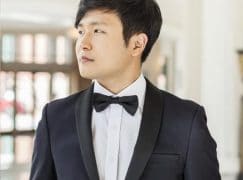