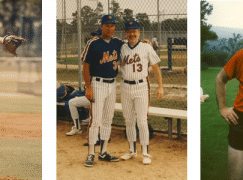 Colleagues have alerted us to a (fairly) new site on which the veteran US critic Conrad L. Osborne writes forensic reviews of current operas.

Conrad is now 83 so he’s not out every night at the opera, but his take on The Exterminating Angel, for instance, is the least manipulated and the most quietly objective of any that I have read.

And his justification for opera reviews online is spot-on.

And for opera, this is a critical time. Refusal to acknowledge that, a sort of denial by default, is criticism’s greatest failure now. Critics do greater harm through misplaced praise or through indifference, an indolent passing along, than with any considered censure. Opera’s present crisis has two principal components, artistically speaking. (There is also an economic crisis, a crisis of public acceptance. I’ll come to that down the road. For now, let’s stipulate only that these two crises cannot be unrelated.) The first component is creative: not enough new works are proving capable of standing with the masterworks of the classical repertory. This has been the case for a long time. The second is interpretive: the aforesaid masterworks are being inadequately presented, often to the point of being unrecognizable, and so cannot exert their magnetic hold on audiences.

Both components will receive attention here…

« There are people who want to be conductors. I find them suspect