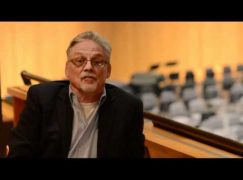 The renowned American Berlioz scholar D Kern Holoman has been stripped of his titles by the University of California, Davis, after a university administrator came forward to accuse him of rape.

Danny Gray, director of academic employment and labor relations at UCD, alleges that Holoman molested and subsequently raped him while he was a student at the university in 1987. The abuse persisted for five years.

He maintains the matter was ‘badly mishandled’ by the university when he reported it at the time. At the time of the alleged assaults, Holoman was married and had children.

Holoman, in a statement sent by his lawyer to Gray, said: ‘Our memories of that time differ markedly, but the remorse is very real. I continue to treasure memories of our long friendship and its focus on the beauties of art, literature and history.’

The case is unusual inasmuch as the accuser has been a colleague of the accused for quarter of a century.

Holoman, who is 70, retired from the university in 2013 with the title emeritus, which he has now relinquished. He was formerly Distinguished Professor of Music and Conductor of the UC Davis Symphony Orchestra.

One of the founders of the academic journal 19th-Century Music in 1977, Holoman compiled the complete catalogue of the works of Hector Berlioz and wrote a 687-page biography of the composer. He also edited the critical edition of Roméo et Juliette, published by Bärenreiter in 1990. He is also the biographer of the conductor Charles Munch.

Here he offers advice on how to be a musicologist and conductor: