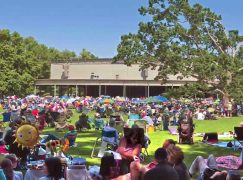 Lack of surprise about Dutoit and Levine

Ever since James Levine was first accused of molesting young males, no-one in the opera world has been shocked or surprised by the identities disclosed.

The same applies to Charles Dutoit, who was accused today by four women of forcing himself on them.

Over recent weeks Slipped Disc has received accusations from three women, one of whom has now commented on Dutoit (see top comment on previous post). We have been seeking independent verification for these cases, but the fact that the same names came up in the allegations suggests that there might be substance to them.

Dutoit has yet to respond. Levine has issued a denial of sorts.

The focus now turns to those institutions where sexual assaults flourished.

Our commenter Fiona says of Tanglewood, for instance: ‘I have never felt angrier or less protected by an organisation.’ We have heard much the same from other former interns.

The Boston Symphony needs to conduct a thorough investigation and to publish the full results.