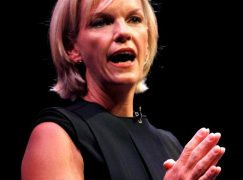 Elizabeth Murdoch is among seven new members of the ACE’s National Council. The former head of Sky Networks last week established a £1.5 million fund for young visual artists. She is a former trustee of the Tate, where the ACE chair Sir Nicholas Serota was chief exec.

Other new members of the National Council are:

Catherine Mallyon, a Governor of the Royal Shakespeare Company;

Andrew Miller, of the Royal Welsh College of Music & Drama;

and George Mpanga, 26, known as George the Poet.

The Universal Music chair David Joseph retains his seat on the Council.

The ACE chair Sir Nicholas Serota said: ‘It is so important that boards address diversity in the process of recruiting new members. I am particularly pleased to welcome not only our youngest member to date, but also a National Council that has an equal number of men and women. This is work in progress.’

Ms Murdoch is the least beholden scion of her father’s media empire, which includes Fox News and The Sun.

The appointment is, nonetheless, counter-intuitive. 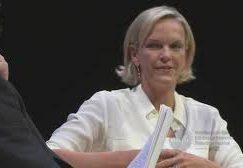