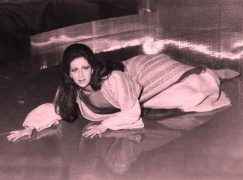 Death of a pedigree Italian soprano, 84

The death is reported of Nicoletta Panni, niece of the baritone Giuseppe de Luca and an exemplary performer of many leading roles.

After making her debut at 23 as Blanche in Dialogues des Carmélites in Trieste, she reached La Sacaa in 1962 as Euridice in Gluck’s Orpheus, going on to appear on all major Italian stages.

She arrived at the Met as Mimi in La Bohème in 1963, followed by Marguerite in Gounod’s Faust.

She died in Rome on September 12.

« Indy Symphony’s on a ticket high

Final spin for a vinyl buff »